Income splitting allows taxpayers to lower their income and in turn, their tax payable.

It means if one spouse earns $60,000 and splits their income with their spouse or common-law partner, they will pay tax on $30,000 each, rather than $60,000. Tax rates increase depending on your income level so the lower the income, the less tax payable. However, the Tax Act only allows income splitting under very specific circumstances. For most taxpayers, this is not an option.

To split eligible pension income, both spouses or common-law partners must complete Form T1032, Joint Election to Split Pension Income and attach the form to their income tax returns. Taxpayers who file electronically should maintain a copy of the completed forms in case the Canada Revenue Agency (CRA) asks for them.

The two most obvious benefits of splitting pension income are:

In addition, splitting of pension income has the potential to:

Though many older taxpayers can benefit from income splitting, there can be negative effects such as:

It is important to review your tax situation before opting to split eligible pension income. The goal is to maximize the benefits and minimize the negative effects. 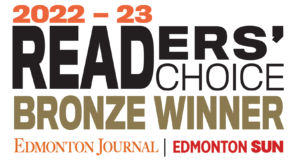 Refer a colleague or friend and in return we will thank you with a $200.00 Visa gift card!

3 locations to serve you better.